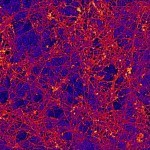 Wiskott-Aldrich syndrome (WAS) is a primary immunodeficiency associated with an increased susceptibility to herpesvirus infection and hematologic malignancy as well as a deficiency of NK cell function. It is caused by defective WAS protein (WASp). WASp facilitates filamentous actin (F-actin) branching and is required for F-actin accumulation at the NK cell immunological synapse and NK cell cytotoxicity ex vivo. Importantly, the function of WASp-deficient NK cells can be restored in vitro after exposure to IL-2, but the mechanisms underlying this remain unknown. Using a WASp inhibitor as well as cells from patients with WAS, we have defined a direct effect of IL-2 signaling upon F-actin that is independent of WASp function. We found that IL-2 treatment of a patient with WAS enhanced the cytotoxicity of their NK cells and the F-actin content at the immunological synapses formed by their NK cells. IL-2 stimulation of NK cells in vitro activated the WASp homolog WAVE2, which was required for inducing WASp-independent NK cell function, but not for baseline activity. Thus, WAVE2 and WASp define parallel pathways to F-actin reorganization and function in human NK cells; although WAVE2 was not required for NK cell innate function, it was accessible through adaptive immunity via IL-2. These results demonstrate how overlapping cytoskeletal activities can utilize immunologically distinct pathways to achieve synonymous immune function.